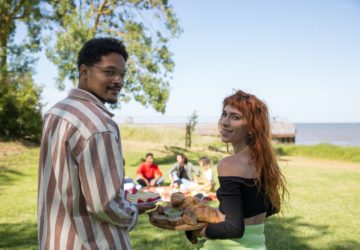 Ever wondered why we should care about global warming and change our habits to prevent it?

Here are 10 scary facts about climate change that explain it all! According to the Intergovernmental Panel on Climate Change, a simple 1.5 degrees Celsius increase in global temperature would put 20-30 percent of species at risk of extinction.

Climate change is also responsible for severe loss of habitat for millions of species. Higher temperatures during spring and summer, coupled with drought makes forests hotter and drier for longer periods of time. This increases the chance of wildfires, especially in western regions of the US. According to NASA, an increase in temperature due to climate change is causing higher levels of precipitation, making the likelihood of floods higher.

Consider that regions such as the US Northeast can expect a whooping 67 percent higher rate of rainfall.

4. Up to 90 percent of coral reefs will disappear Coral reefs are an important part of the sea life ecosystem. They provide food for fish species and buffer coastlines against storms and erosion. An increase as tiny as 1.5 degrees Celsius will bring near total decimation of this vital part of the ocean.

5. Our water supply will decrease Drought due to climate change will put more pressure on the availability of fresh water supplies.

This will have a large impact on our ability to grow food and provide clean drinking water to populations.

6. Sea levels are expected to rise up to 4 feet Sea levels are expected to rise 1 to 4 feet in the next 80 years due to melting ice in Antarctic regions.

This will cause damaging floods and other ecological disasters that are bound to negatively affect humans as well as multiple species of animals.

7. Forest density and biodiversity will decline Forests are the Earth’s lungs. Unfortunately, climate change will make their survival harder.

Higher incidences of wildfires and droughts due to temperatures rising causes trees to die off and has already decimated tens of millions of trees in the Rocky Mountains.

The ecosystem and wildlife inhabiting affected forests all over the world will likely suffer from the changes, especially with water sources declining in their habitat. Hurricanes have been growing in intensity since the 1980s according to a recent report by the National Climate Assessment. This is largely due to the recent warming of our planet.

9. Allergy season will be worse than ever A rise in temperature increases air pollution and other allergy provoking substances in our environment.

10. There will be severe heat waves

Climate change is bringing us summers that are warmer than ever. This poses a serious health risk to many vulnerable populations such as children and the elderly.

Severe heat waves are also an important problem to our food supply.

Want to lead a more eco-friendly lifestyle to help prevent climate change? Here are some crucial posts you have to check out!

How to eat healthy – and save money doing it!