Everything you need to know about dangerous glyphosate in your food Have you heard about glyphosate – a potentially cancerous chemical weed killer that’s sneakily hiding in your food?

If you haven’t, now is the time to learn about it – and how to protect yourself from it.

What exactly is glyphosate? Glyphosate is the most widely used herbicide in the world.

Ever heard of Roundup – a popular weed killer? Glyphosate is its main active ingredient.

It is used on hundreds of agricultural crops to kill off the weeds and make harvest easier – as well as in public places, schools, parks, and people’s gardens.

Due to many health concerns, it has been banned in several European countries – but not in the US.

What are the problems with glyphosate?

The use of glyphosate has been a widely debated concern for many years.

While early studies suggested it breaks down quickly after being used, more recent studies show glyphosate’s presence is more persistent than initially thought.

Despite the company behind glyphosate claiming it “can be used safely,” scientific evidence suggests it poses serious health risks. Some of the health problems it has been linked to are:

Worst of all, glyphosate is potentially cancerous.

Which crops are glyphosate used on? The list of crops contaminated with glyphosate is shockingly long – and is only getting longer.

It contains many of our favorites:

…and many, many more.

How to avoid glyphosate The bad news is that this toxic herbicide can’t be removed from food by washing or cooking.

The good news, however, is that there are ways to reduce your exposure to it!

Here are our tips for limiting your consumption of glyphosate:

And now – are you ready to learn the truth about the meat industry? Check out this post:

The complete guide to the perfect vegan Thanksgiving feast 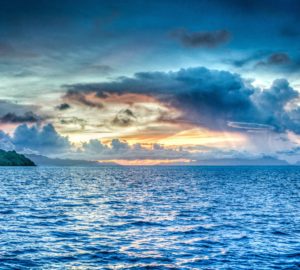