Andrews University’s dairy farm is forced to shut down after more than a century in business. With dairy-alternatives rising in popularity, many in the dairy industry have suffered losses from the increasing competition. The global dairy alternatives market is expected to reach USD 35.06 billion by 2024, according to a new report by Grand View Research, Inc. In the last two to three years alone, the private school’s fairy farm has lost between $750,000 to $900,000 in profits per year.

The 1,200 cow dairy farm operating out of Michigan has officially announced it will cease all operations by summer of 2019. The farm originally started production in 1907 with a small herd of 40 cows. The university’s Senior Vice President of Finance Larry Schalk decided it was time to close the farm’s doors since it has continued to be unprofitable for years, and with consumer habits continuing to shift, that seemed unlikely to change.

Those closely involved with the farm have taken the news hard. Schalk claims to have lost sleep over the decision. The school is in the process of figuring out how to repurpose the buildings and finding other employment on campus for the farm’s numerous workers, many of which were students.

The university reported: “Our state-of-the-art dairy has attempted to thrive in an environment where there has been an overall and very significant downturn in the dairy industry in recent years.”

As the dairy industry’s profits continue to plummet, many former dairy companies have begun to take advantage of the emerging demand for plant-based alternatives.

Vegan Movie Night Snacks You Can Make in Under 10 Minutes 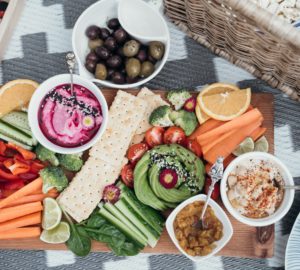