How you can help endangered animals | Wholesome Culture

From vaquitas to gorillas: How you can help endangered animals right now We’re huge animal-lovers here at Wholesome Culture, and if you’re reading this, chances are, you are too! Which is one of the many reasons why it makes us incredibly sad to see so many endangered animals at risk of extinction — including vaquitas, gorillas, tigers, and turtles. (And that’s just to name a few.)  In fact, more than 32,000 species are threatened with extinction, according to the IUCN Red List of Threatened Species.

It’s not only that these endangered animals are worthy of existing exactly as they are, but they also help support eco-systems on this interconnected, biodiverse planet. We need them.

But how exactly can we help Black Rhinos in Africa? And the Sunda Tiger in Indonesia? How do our actions have an impact on animals in completely different parts of the world? The first step is to give more attention to what we can do — not what we can’t do. And that starts with educating ourselves about how animals become endangered in the first place.

How do animals become endangered?

Species become endangered, for two main reasons, according to National Geographic: a loss of habitat and a loss of genetic diversity.

The WWF states, “habitat loss is probably the greatest threat to the variety of life on this planet today.”

Sources of habitat loss range from human activity (think: development for housing + agriculture) and natural changes like the asteroids that eventually eliminated dinosaurs millions of years ago.

Unfortunately, whether the habitat is lost naturally or from the construction of strip malls — animals suffer intensely. We saw, and continue to see,  the devastating impact of deforestation in the Amazon rainforest. (Read more on that, here.) And then there’s also the smooth handfish which went extinct this year likely due to climate change, trawl fishing, and pollution.  It’s no surprise that when animals don’t have a place to go, it results in an inevitable loss of life.

Like habitat destruction, a loss of genetic diversity can also occur naturally and by human activity, such as overfishing and overhunting. When a species is hunted to extinction, things like inbreeding and shrinking genetic variation occur. This impacts both the species in question and its predators, and ultimately, the whole food chain.

And, of course, climate change is also a major threat. Take the American pika. While these small, squirrel-meets-mouse creatures are not federally listed in the Endangered Species Act, they’re suffering because of higher temps in their western mountain homes. Since they like to live in moist and cool environments, they go to high spots on mountains. This makes them incredibly vulnerable to predators/pests, weather events, and vegetation changes. It’s a dangerous cycle that’s happening to different animals all over the planet.

What species are at risk of extinction?

Of the 32,000 species that are threatened with extinction, 41% are amphibians, 34% are conifers (cone-bearing seed plants), and 26% are mammals.

Here’s a look at some of the mammals on the critically endangered list: For a comprehensive list of all the animals listed as critically endangered: go here.

How you can help endangered animals

On top of staying educated, there are many things we can all do to help endangered animals both near and far.

Inspired to make your garden pollinator-friendly? Check out this post: The simplest things we can do to protect our pollinator pals

8 Common Myths to Stop Believing About Your Indoor Plants 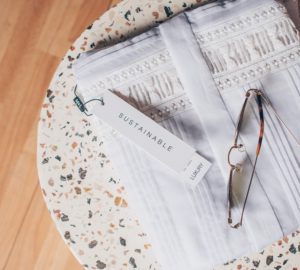