Soon there could be no lions left in the wild. Why humans are to blame How to make your self-care routine more sustainable What does your Zodiac sign say about your self-love style? African lions are seen as the most dangerous predators – but did you know that they’re actually an incredibly vulnerable species?

Leo zodiac sign ends on August 23 – making this the perfect time to take a look at how we can help save lions from extinction!

The sad truth about lions

Their population in the wild has dropped by a shocking 40 percent over the last three decades.

This leaves only about 20,000 of these majestic cats in the wild!

What’s made their population decline?

This could be summed up in one word: humans.

When lions live outside of protected areas, or when there’s a lack of natural prey, they sometimes prey on farm animals. Farmers seek to protect their animals by killing them.

The damage that’s being done to natural environments is among the biggest threats to African lions. Their living space has been reduced to eight percent of the land they once lived in.

According to the WWF, we’re facing a global poaching crisis – and the numbers of animals killed each year are horrific. Lions aren’t an exception – there’s an increasing demand for lion bones, which are used as an ingredient in traditional Asian medicine.

3 ways you can help save lions from extinction Meet the team on a mission to keep our planet wild 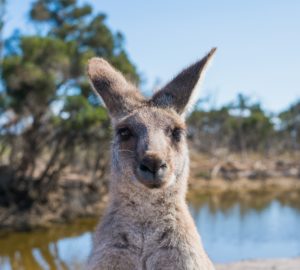