Shark Awareness Day: Why We Need to Save the Sharks

It’s Shark Awareness Day! Why We Should Save the Sharks & Fight For Shark Conservation Happy Shark Awareness Day! Today is a great opportunity for all of us to educate ourselves on why shark conservation is important. Thanks to famous pop culture horror flicks, sharks have gotten some bad press over the years and have been portrayed as blood-thirsty predators that attack unsuspecting humans.

But the truth is, sharks are deeply misunderstood marine creatures who play a critical role in keeping our ocean ecosystems healthy and balanced. They’re really not as scary as they seem! For Shark Awareness Day, let’s debunk some common misconceptions about sharks. First things first, a shark is a type of cartilaginous fish that falls into the same class as rays. There are many different species of sharks, which can vary in size from just a few inches long to over 55 feet long. Sharks have diverse eating habits, as well, with some eating large animals, and others filter-feeding at the bottom of the ocean. Most, however, prefer to eat small fish.

Below are four common misconceptions and myths about sharks that just aren’t true!

Sharks don’t actively hunt humans. They prefer their typical diets of fish, squid, and clams. Instances of sharks attacking or biting humans are normally due to poor visibility, curiosity, or confusion. In 2020, there were only 57 unprovoked shark attacks. You’re more likely to be struck by lightning than bitten by a shark!

2. All sharks are predators.

Not all species of sharks prey on other fish. In fact, some types of sharks, including the whale shark, filter-feed on plankton.

3. Sharks are at the top of the food chain and have no predators.

Humans are the greatest predator to sharks! Sharks should be more afraid of us than we are of them. Humans hunt sharks for their fins, meat, or even just the thrill of the catch. Every year, sharks kill less than 10 humans. On the other hand, humans kill more than 11,000 sharks every hour.

When people hunt sharks for their fins, they catch a shark, cut the fin off, and throw it back into the water. However, shark fins do not grow back, and the fish are then fated to sink to the bottom of the ocean to die of suffocation. Shark finning is illegal in many places, but the practice still happens frequently. Why we should save the sharks

Sharks are in danger. Their populations are decreasing rapidly due to overfishing and the illegal fishing of their fins to be used in shark fin soup or for medicinal purposes. In fact, many types of shark species are at risk of extinction. According to the BBC, the number of sharks in open oceans has dropped by 71% over the last 50 years.

Sharks are critical to protect because they play an incredibly important role in keeping our oceans healthy and balanced by keeping populations of other species of fish in check. Removing large numbers of sharks would lead to overpopulation of other species, which can negatively impact ocean ecosystems.

Sharks prey on old and sick fish, which helps prevent diseases from spreading and harming other species’ gene pools. They also store large amounts of carbon in their bodies, which keeps it out of the Earth’s atmosphere. This is an important task for helping to make oceans more immune to the effects of climate change. How can we help save the sharks and aid shark conservation efforts?

Helping to save the sharks starts with this as a first step — increasing awareness and education. Shark Awareness Day was created to do just that, by celebrating the importance of their role in protecting our oceans and educating the public on the dangers sharks face.

Understanding sharks is the first step to effectively protecting them. Next, you can help save the sharks by:

As you can see, sharks have been deeply misunderstood over time, and they play an important role in maintaining oceans’ health! Let’s remember to respect the locals and protect our oceans.

Want to learn more about what you can do to help other species of endangered animals? Check out these posts below: 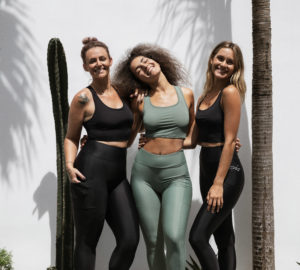