How to give your laundry routine an eco-friendly makeover 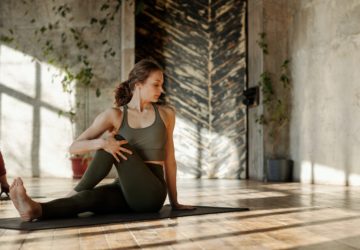 UK Making Wild Animal Circus Acts a Thing of the Past In the fifties and sixties, Anne the elephant was a star. Covered in exotic and embellished headgear, crowds would form just to catch a glimpse of her being led off of the train.

Fast forward to 2011, the world learned the heartbreaking reality behind her behavior. Over a month of footage was taken that exposed repeated, unimaginable abuse.

Anne, like all other animals in circus acts, endured whips, electric prods, bullhooks, and starvation in her training. The leaked footage caused a surge in public outrage. According to the UK government consultation, 94.5% of the UK citizens were in favor of prohibiting wild animal acts.

Along with painful training techniques, circus animals often live their entire lives in cramped, unsanitary living conditions, and are forced to perform.

And now 60-year-old Anne, peacefully residing at Longleat Safari Adventure Park in Wiltshire, England, may live to see the ban of wild animal circuses in the UK. Information on the ban
January of 2020 will see the UK joining over 40 other countries that have officially banned wild animal acts in circuses, and from this point onwards, no new licenses will be issued.

Since the passing of higher animal welfare regulations in 2012, the number of circuses using wild animals in their acts has remained low. The two remaining circuses in the UK affected by this ban now have a two year warning to cease the use of the 19 animals covered under their licenses.

“Having campaigned to stop circus suffering around the world for over 20 years, we’re delighted that a ban is finally imminent,” said Jan Creamer, President of Animal Defenders International, “Circuses cannot meet the needs of animals in small, mobile accommodation and ADI has repeatedly documented suffering and abuse. We congratulate the UK Government on consigning this outdated act to the past where it belongs.”

Change is happening now
2017 saw the end of Ringling Bros. and Barnum & Bailey Circus – America’s most popular traveling circus. Although dozens of US cities including New York and Los Angeles have taken the lead and banned wild animal acts, they are still common throughout the country.

Animal activism and public awareness are crucial components needed to change legislation to further the ban of wild animal acts. Here are some ways to help hasten the movement: