When it comes to recycling, lots of questions enter the picture.

“Does it even make a difference?”

“Doesn’t all trash get sorted later?”

“Are all pizza boxes non-recyclable?”

Not only have we heard these questions, but we’ve also asked them ourselves! Luckily, recycling does come with a cheat-sheet, and that means, we don’t have to wonder aimlessly when real answers are available (phew!).

So get out those blue bins! Here are nine recycling myths we’ve heard, why they’re not necessarily true, and what we should actually be doing instead.

If you look at plastic, you’ll likely see a little triangular arrow somewhere — whether it’s on top of a coffee cup lid or on the bottom of a water bottle. But that triangle doesn’t mean it’s necessarily recyclable. It actually indicates what type of plastic it is (for more on that topic, check out our post about seven types of plastic). *If you see a 1, 2, or 5  in the middle of the triangle— there’s a good chance the plastic will be easier to recycle compared to plastic with a 3, 4, 6, or 7.*

Myth 2: If something is compostable or biodegradable, it’s definitely recyclable

That said, exceptions do exist. For example, sometimes egg cartons, newspapers, and brown bags are both compostable and recyclable. But as a general rule, if something is listed as compostable — it doesn’t belong in the recycling bin.

Myth 3: We should remove all caps off bottles before recycling Not necessarily true! While you do want to dump any liquid out of the bottle/jar, you do not usually need to permanently remove the cap — unless your local policy suggests differently.

Myth 4: We need to thoroughly clean recyclables before tossing them

So, this one’s a bit true, a bit false. You do want to get rid of any liquids or food scraps from your container. And if something’s soiled, you’ll want to do a quick dump and rinse. But there’s no need to do a super thorough scrub. Save the water!

We wish. Unfortunately, plastic bags are very pesky in terms of recycling. They often get caught in sorting equipment (and can even cause some safety hazards). Just another reason to remember your reusable totes instead!

Myth 6: You can never ever recycle pizza boxes

If there’s minimal grease, then pizza boxes can probably be recycled. But if the box is drenched in oil and grease, consider tearing the lid off and recycling it. And then, throw away the bottom of the box.

Myth 7: All trash eventually gets sorted, so I don’t have to worry about it Unless you have a sorting fairy hanging out in your trash cans, we wouldn’t count on it.

Currently, about one in every four items placed in a recycling bin aren’t actually recyclable. Why does that matter? Unfortunately, mixing non-recyclable items with recyclable items can contaminate the entire trash load … and ultimately, end up sending more trash to the landfill than necessary.  And when there’s more contamination → more trash (and less recyclables) → clogged landfills.

It’s a dangerous cycle that can be stopped if we simply follow our recycling do’s and don’ts.

We understand the skepticism, but the research is crystal clear that recycling is beneficial towards the planet (in more ways than one). Here are the environmental benefits of recycling, according to the Environmental Protection Agency:

In fact, recycling one glass bottle will operate a 100-watt light bulb for 4 hours. And while critics say the benefits of recycling are overrated, most experts agree that even though recycling processes are imperfect — they’re still a powerful tool to prevent major issues Mother Earth continues to face.

Recycling requires thought and effort, but it isn’t hard — as long as you do a little research. Get to know your local recycling policies. Know the difference between recyclable and non recyclable. And try to avoid single-use waste. You’ve got this!

And now that we’ve busted these myths, arm yourself with more recycling tips with these posts: 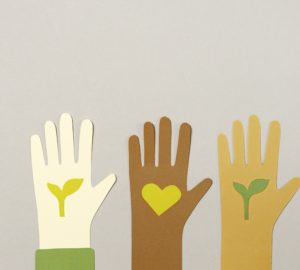