Winning at eco-friendly living: the most bike-friendly cities in the world

Winning at eco-friendly living: the most bike-friendly cities in the world Reducing the amount you drive is one of the simplest ways to make your lifestyle more eco-friendly. And one of the best ways to do that is to take up cycling.

Fortunately, cities across the globe are making it increasingly easy for cyclists to get around. Whether you’re already an avid cyclist, or looking to become one, get inspired to get on your bike by these super bike-friendly cities.

5 of the most bike-friendly cities in the world

Okay, so this one’s not a city, but it’s too amazing to keep off the list on a technicality!

Gili Trawangan, more famously known as Gili T, is one of three islands that makes up the Gili Islands in Indonesia. The island is known for its incredible snorkeling (you are almost guaranteed to see sea turtles), banging nightlife, and memorable sunsets.

But what really makes this island stand out is that there isn’t a single car or motorbike on it! Instead, most people get around on electric scooters or (you guessed it) by bicycle. It takes about an hour to cycle the perimeter of the island and the view along the coast is incredible. If you’re more into adventure than taking in the views, consider cycling the slender trails that weave across the island.

Grab a bicycle with a basket for your snorkel gear and get exploring! You haven’t truly visited Amsterdam if you haven’t seen it on a bicycle! This city has some of the best infrastructure designed specifically with cyclists in mind. For example, every road has a path designated for cyclists…no cars allowed! Many of the tracks are even elevated so that motorbikes and cars literally can’t get on them.

In addition, the weather is absolutely wonderful in the summer. No doubt about it, Amsterdam is a city that makes you want to get out, hop on a bicycle, and do some exploring! Regardless of the errand or the weather, you’ll find the majority of Copenhagen’s residents saddled up on their eco-friendly bicycles. Along with Amsterdam, Copenhagen consistently ranks high on the list of friendliest places to ride a bike. There are 375 kilometers of cycle tracks and traffic lights specifically for bicyclists during rush hour! It is not entirely unheard of for cities to ban cars — in fact, the Spanish city of Pontevedra did that exact thing in 1999. Major Miguel Anxo Fernández Lores wanted to give the city streets back to the people, as opposed to commuters, and the end result has been amazing. For example, the number of traffic deaths has declined, CO2 emissions are down, and the city just plain looks better.

For more information on eco-friendly living, check out these other blog posts:

12 books that will make you want to be a kinder, more eco-conscious person 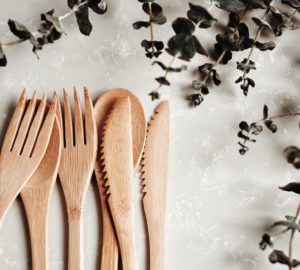 How to use less plastic and reduce waste every single day What produce is in season right now?