Get your passport! 8 of the most vegan-friendly cities across the world - Wholesome Culture - Blog

Get your passport! 8 of the most vegan-friendly cities across the world One of the best (and most fun) ways to get to know a city is through our bellies. Whether or not we speak the same language or come from different backgrounds, food is something we can all connect over.

While traveling as a vegan can involve an extra layer of research to trip planning, it can also lead to the discovery of hidden restaurant gems, charming farmers markets, and an inspiring local vegan scene. And thanks to apps like Happy Cow, Yelp, and Fitt City, which are gold mines of foodie information, being vegan on vacay is easier than ever.

So get your passports ready and let your tastebuds lead the way! Here’s a round up of some of the most vegan-friendly cities to add to your travel wish list.

Named the most vegan-friendly city in the world by PETA, LA is known for its amazing vegan scene almost as much as its known for sunshine and traffic. Say hello to Cafe Gratitude, Gracias Madre, Little Pine, Tocaya Organica, the list of vegan restaurants goes on and on. But regardless of where you eat, you’d be hard-pressed to find any restaurant that doesn’t have something vegan on the menu.

Looking for a fun Sunday activity?  The Studio City Farmers Market is a hub for healthy eats, local produce, and celeb spottings (it is Hollywood, after all!).

Traveling to Bristol is a soul-filling experience for any vegan. Yes, they have tons of cute vegan restaurants, cafes, breweries, and even cruelty-free beauty salons. But what’s really special is the community. On Mondays they have an all-vegan & well-being market and they host vegan meet-ups consistently throughout the year to foster appreciation for the plant-based lifestyle.

Ready to pack your bags? For more information about all things plant-based in the U.K. vegan heaven, take a look at Vegan Bristol.

If strolling through cobblestone streets with a vegan stroopwafel in hand sounds like your kind of fairytale, Amsterdam should be on your radar. The city of canals and coffeeshops is also home to a bustling vegan scene and consistently ranks as one of the most veg-friendly cities.

Be sure to check out Men Possible, a vegan ramen joint that’s reservation-only. The chef buys ingredients in advance based on the reservation count to avoid food waste (high-five to that).

It’s no secret that Portland is one of the best places to be a vegan. The famously environmentally-friendly city is also ranked as one of the most popular vegan cities in the world.

In one day you can eat vegan pizza and ice cream (maybe the best combo ever) at Virtuous Pie, go shopping for eco-friendly threads at The Herbivore Clothing Company, and swing by an all-vegan convenience/grocery store at Food Fight! Grocery. Oh, and did we mention that Portland even has Tofurky Trot for Thanksgiving?!

Berlin is like the vegan oasis of Europe with tons of vegan-friendly restaurants, cute shops with vegan products, and picturesque farmers markets (Kollwitzplatz on Saturdays is a must-see). So forget German sausages and check out some of the 600 vegan restaurants in the city.

The coolest part: there’s even a vegan/vegetarian hotel focused on sustainability! At The Almodóvar Hotel, everything is eco-friendly from the cleaning products to the furniture to the vegetarian/vegan food served at the hotel bistro.

Our fritters are made with Washington apples. Keeping is local since 2000.

While Seattle may be known for rain and Grey’s Anatomy,  it’s also a vegan haven. For starters, Pike Place is a plant-based dream with carts of colorful produce, assorted specialty nuts, and even vegan donuts a half-mile away at Mighty-Os.  Feeling fancy? Plum Bistro is one of the most beloved vegan spots in town serving up entrees like sweet potato gnocchi and handmade beetroot and ricotta ravioli.

If you’re looking to shop local, check out Drizzle+Shine an eco-boutique that not only sells vegan clothing, but also donates a portion of sales to various nonprofits.

It’s not just lovely to look at but also extremely delicious and something for everyone – the vegan cuisine. Don’t miss the first and only Vegan Culinary Tour in Tel Aviv. Let us take you to the best and most recommended vegan restaurants in the city and learn a lot about veganism. Its variety and the creativity beyond it will astonish you. . . . #vegan #tlveg #vegancuisine #delicious #bowl #foodie #veganism #betelavivtours #tour #veganrestaurant #tlvegtours #vegantlv #telavivianmoments #israelbest #vegantelaviv #vegancommunity #vegtables #poweredbyplants 👉Every day from Sunday through Thursday at 12:30 pm. 👉Premium Tour every Monday & Wednesday at 06:30 pm. Book your tour online 👉 https://www.betelavivtours.com/eng/TLVEG_Tours

With hundreds of vegan restaurants and a bounty of fresh fruits and vegetables, there are tons of high-quality meat-free eats in this city. We’re talking date juice, creamy hummus, colorful vegan condiments, and coconut curries. You can even go on a vegan dining tour to learn more about the history of veganism in between bites of local produce.

Beyond Tel-Aviv, the country’s population of about eight million is the world’s largest vegan nation, per capita. So you’ll be in good company on your travels!

@chefguyvaknin says he could kill this all by himself…what do you think? Tag a partner you would devour this with!

NYC’s five boroughs are buzzing with mouthwatering plant-based eats. From vegan rolls at Beyond Sushi, to gorgeous vegetable toasts at Avant Garden, and vegan crepes at Delice and Sarrasin, this concrete jungle will have something for every vegan craving.

Also, according to Apartment Guide, NYC has the most vegan/vegetarian businesses in the entire United States — meaning there are lots of and lots of options. Luckily, NYC is also the ultimate place to walk and wander, which makes plenty of room for all of the meat-free deliciousness!

Got the travel bug? Check out more of our wanderlust-worthy posts:

Which beautiful and bee-friendly flower are you?

5 of our favorite mamas in the animal kingdom 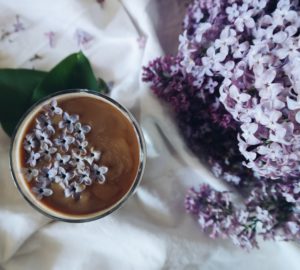